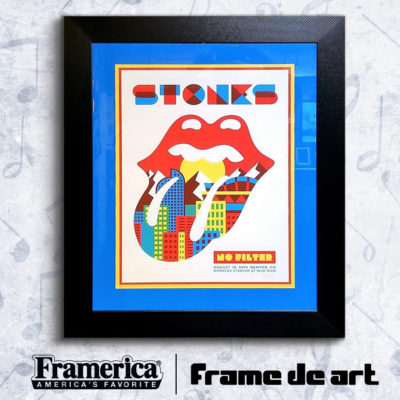 Framerica’s custom made Carbon Fiber moulding was chosen for a framed gift presented to legendary rock band the Rolling Stones.  The band was performing at the Denver Broncos Stadium in August where the presentation was made.  Englewood, Colorado based Frame de Art created the spectacular piece after being contacted by Mile High Stadium management only days prior to the concert.  Frame de Art had previously created works that were presented to the Zac Brown Band and Billy Joel.  Visit Framerica’s Facebook page to learn more about the project.